Dr Thomas Dawson is a chiropractor with 24 Years of experience.  I came to know him at the clinic I work at – Cobram Chiropractic Centre.  I had struggled with what I called a “frozen shoulder” and had some really sore points on my back and shoulder muscles.  What impressed me so much was that he got X-rays to get a full picture “literally” of what was going on.  He diagnosed me with an “Atlas Subluxation”.  Some of the things he has spoken about regarding energy, vitality and spinal misalignments really opened my eyes, particularly as I have had adrenal fatigue amongst other things.  So, I am interested to learn more about his way of working and his thoughts on Chiropractic and Wellness. 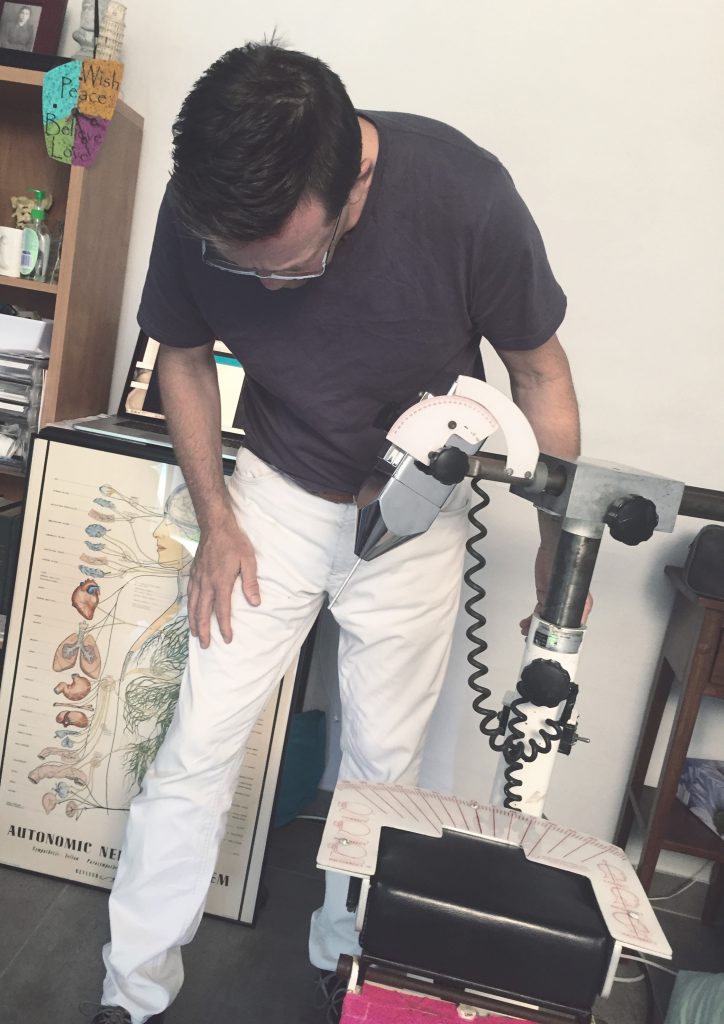 Dr Tom, can you tell me a bit about how you came to become a chiropractor, and where you trained, and what was involved?

I trained at the Palmer College of Chiropractic in Davenport Iowa, USA.  Davenport is the Fountainhead of Chiropractic being the place where the profession was started.  It’s the oldest school in the world and recognized as one of the finest.

My Father Cam was the catalyst for our family going on its natural health ‘journey’, he was a chronic pain sufferer in his Lower Back and spent time in traction each year.  He refused to see Chiropractors who he considered to be ‘quacks’, after a visit to Bali and getting relief from a crude manipulation from a traditional healer, he then sought out a Chiropractor who he believed to do the closest thing to the techniques the Healer in Bali did.

He then learned more about the benefits of Chiropractic and realized his closed-minded approach to health care was nearly, literally, killing him.  He was a successful businessman but couldn’t enjoy his success because his health was failing him on many fronts.

I was a serious asthmatic, serious enough to need daily sessions on an electric ‘pump’ just to stay alive, with multiple medications daily and even sometimes medication to make me sleep including Valium at 7yo!  After a motorcycle accident on our farm where I suffered a compression fracture of my spine, I was taken to a Chiropractor at 13yo and within months my medication had reduced and my life took a huge turn for the better.  Although Chiropractic doesn’t treat asthma, I can only describe the turnaround in my health at that time as remarkable, something dramatic had changed and I was never the same sickly child again.

When he retired from the motor business in 1987 and sold his Ford franchise, he began studying Kinesiology and became a bit of a ‘guru’ for many as he helped hundreds with learning disabilities initially, but then moved on to other problems and eventually started his own discipline within the profession called The Dawson Program.  TDP uses sound, exercise and colour therapy to influence the body and balance it.   Although my Father died 14 years ago his program is still taught and practiced in many countries including Denmark, Ireland, Canada, New Zealand and of course, Australia.

From a clinical viewpoint and being on the “coal face” so to speak for so many years, why is Chiropractic care so essential?

My own experiences with a Chiropractor encouraged me to investigate why my parents had to turn to an ‘alternative medicine’ (not that I really like that term) to get the results that we got with a Chiropractor.   My initial reason for seeing a Chiropractor was to address an injury to my lower back, but I noticed deeper changes that impacted my health more on an organic level.  It’s really important to understand that ‘straight’ chiropractic is not about treating anything, it’s more a concept and a philosophy of health that says “your nervous system lives inside a protective structure call the bony spine, if there are changes that occur to that structure, changes to the function of the nervous system also occur.  Now if the nervous system controls every tissue, cell and organ in your body, that means these changes can have a pretty profound effect on your nervous system, and therefore your health”.

From what I gather, Chiropractors have different specialties or ways of working. Can you explain to me how you work, what kinds of techniques do you employ and what is your area of focus?

They do, my own analysis is based on a solid physical examination that concentrates on looking at the Range of Motion of the spine, abnormal reflexes, orthopaedic and other neurological tests and X-ray analysis in most cases.  When a patient is too young or pregnant and unable to have an X-ray then we use the other findings to discover what is the problem and if we can help. I use what I refer to as a kind of ‘pattern analysis’ that looks at patterns the spine of the patient has developed over their lifetime.   We then work with the spine using adjustments, stretching, exercise, orthotic devices and time to help the body to break these bad patterns and improve its function.   A bad pattern will often show up as poor posture or more obvious changes as a Scoliosis (spinal curvature), back pain in many cases is the last thing to show up, the problem was there for some time but took time to show up as a symptom.  Symptoms, although they should never be ignored, are often not such a good way of assessing health, and especially spinal health.   This is why we encourage others to have their spines checked regardless of how they ‘feel’, a child who has had a very difficult birth or some other form of trauma can’t tell you how they feel, but they can and do have spinal problems sometimes starting as early as the birth process.

Does Chiropractic address from the cause or symptoms perspective?

Traditionally Chiropractic Care did not take a treatment approach to healthcare, it was a science, art and philosophy that grew from the opposite philosophy of allopathic or medical care.  Allopathic care identifies a symptom or disease and then attempts to treat the disease.  Chiropractic with a more vitalistic philosophy takes the approach that the body is built to be healthy and if we approach the inner health of the body, we should not need to treat disease.  The modern chiropractor takes a pragmatic approach as many patients will enter the office with the idea that their problem is low back pain or headaches or neck or shoulder pain to give some examples.  Because chiropractic care addresses the structural component of a person’s health, it can appear as if we are treating the symptom, however, realistically what we are doing is restoring correct structure and function to a person’s body.  And when a person’s structure is more correct, it functions more freely, and in many cases without any pain at all.  Chiropractic is really not about treating disease, it’s about saying that the body is highly intelligent and knows how to manage itself when functioning at 100%.  Your nervous system lives inside your skull, spinal cord and spinal column (the bones of your spine) and then have branches that go out to each muscle, tissue, organ, gland and cell, in the entire body.  Changes to the normal structure of the spine have been shown to alter nervous system function.  And this could be something as simple as our co-ordination and balance, or even the function of your liver, kidneys or bowel.  So, we don’t treat the symptom or the condition, but we do address structural imbalances that could then lead to some of these other conditions.

“Chiropractic with a more vitalistic philosophy takes the approach that the body is built to be healthy and if we approach the inner health of the body, we should not need to treat disease”…..

What happens if people have misalignments that are not treated, over the long term?

We know that a reduced motion between individual segments of the spine will contribute over time to the joint breaking down and degenerate.  The degeneration process is one that doesn’t usually cause a lot of pain in its early stages, its once it’s been present for a long time then the chances of pain and discomfort decrease.  But the effect it’s having on the surrounding tissues is happening whether there is pain or not.  This includes; changes in blood flow, development of scar tissue, and chronic inflammation.

This would mean that the discs between the bones become more dry and brittle, and likely to have problems.  Increased chance of development of spinal curvature, changes in muscle tone due to the imbalance in the way that we hold our weight.

How can Kinesiology play a role in assisting Chiropractic care, and how have you seen it work?

As my father was a Kinesiologist, I have worked intimately with clients experiencing both Kinesiology and Chiropractic.  What I have found is that there are reasons why a person has physical problems that do not always have a physical reason.  Some of those reasons are chemically related, and some of those reasons are related to neuro-emotional or a psychological state.  So, corrections that a chiropractor might make with someone with only physical trauma, might be more effective than corrections we would make to people where the origin of their problem is more chemical or neuro-emotional.  So, if those patients see a Kinesiologist and are able to identify those problems and then clear those causes, many times the physical reason is diminished or goes away, and can make adjustments more effective.

What is a subluxation, and how can it impact someone’s health in the long term?  What kind of symptoms would it present?

A subluxation is a condition of a vertebrae which has lost its proper juxtaposition between the one above, the one below or both to an extent less than a luxation. (dislocation) This impinges nerves and interferes with the transmission of mental impulses.

This was the traditional definition of a subluxation given by BJ Palmer, around 100 years ago.  Since then our understanding of the impacts of a subluxation has become more clear.  But at the very base, a subluxation is a structural misalignment of the spine that has a detrimental/ damaging effect on the body.  This effect can be a very simple one or very very complex, depending on the region of the body and the severity of the subluxation.  Symptoms will not tell you always if you have a subluxation, and your first subluxation could be from your birth.  The modern chiropractor is trained to look at people of all ages, including newborns, and identify whether they have subluxations or not.  This is why we feel it’s important to have your spine checked at an early age, and when age appropriate, and condition appropriate, take X-ray images to identify more closely where subluxations are present in your body. 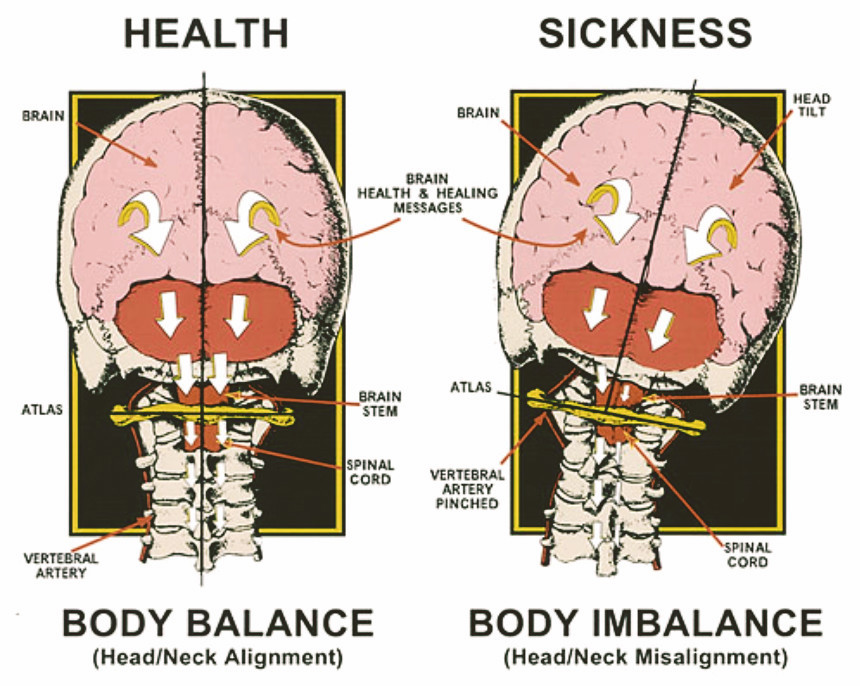 If you had one take-home message to people that were considering Chiropractic care, what would it be?

I would encourage all people that want their bodies working at the optimal level to consult a chiropractor and address potential issues in their spine that could have an effect on their overall health before they get to a critical point where they create degeneration.  The average age of a Chiropractic patient having their first visit is 46 years old, and that is 46 years of potential problems before they are being addressed properly. 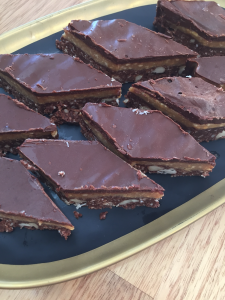 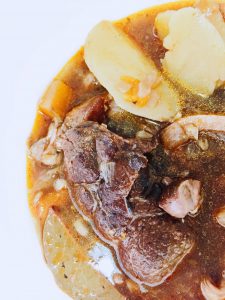 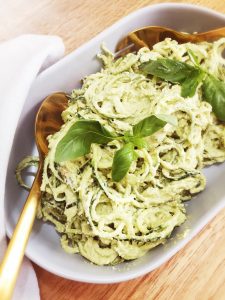 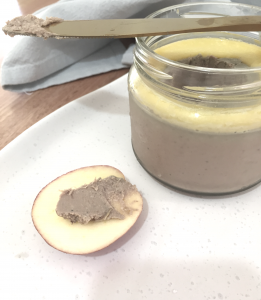